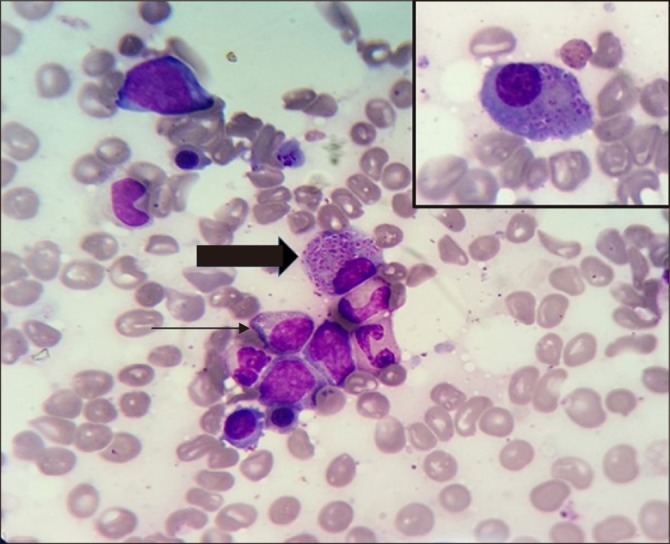 Snapper-Schneid granules are azurophilic inclusion bodies in the plasma cells, named after the scientist who discovered them in myeloma cells after treatment with stilbamidine. Recently, they were identified as being lysosomal in origin and are mostly observed as one of the morphological variants of myeloma. A study even demonstrated an increase in these granules on disease progression.