The percentage of smudge cells at presentation of newly diagnosed CLL patients could be used as a surrogate marker for ZAP-70 expression and an additional prognostic marker for disease progression.

These cells smudge when blood films are made, probably because they are more fragile than normal cells and prone to traumatic disruption during blood film preparation [5]. However, the exact mechanism by which SCs appear in the peripheral blood film is not completely understood.

SCs can occasionally be observed in normal peripheral blood films (PBFs) [6]. They can also be seen with a variable number in abnormal PBFs such as those of patients with acute and chronic leukemia but usually in greater numbers in CLL [7].

For the analysis of ZAP-70 expression, blood samples were incubated with anti-CD5-FITC and anti-CD19-PerCP-Cy5.5 (Immunotech, Beckman Coulter) for 15 min; red cells were lysed using IO Test 3 lysing solution (Beckman Coulter, Fullerton, USA). ZAP-70 is an intracytoplasmic antigen, so its detection requires an extra step of permeabilization. After centrifugation at 200 g, fixation and permeabilization of cells were carried out using 4% paraformaldehyde and 2% Tween 20, Intraprep kits reagent (Immunotech, Beckman Coulter); anti-ZAP-70-PE (clone SBZAP) (Beckman Coulter, Fullerton, California, USA) was then added and cells were incubated for 15 min, cells were washed with phosphate-buffered saline, and analyzed by flow cytometry. After gating on B cells (CD5+/CD19+), percentages of ZAP-70-positive CLL cells were determined with negative threshold cutoff values set using ZAP-70-stained normal B cells, as well as isotype control-stained CLL cells. The cut-off point for ZAP-70 positivity in CLL cells was more than 20% [11].

Peripheral blood films were manually smeared directly after venipuncture before the addition of EDTA, stained with Leishman stain and the SC percentage was estimated by counting 100 lymphocytes and/or SCs; the SC number was then considered as a proportion of SCs per 100 intact lymphocytes. SCs were defined as broken cells with no intact cytoplasms and disrupted nuclear membranes.

To facilitate the objective of this study, the SC percentage was categorized as ≤30% versus >30%. The application of 30% threshold showed the best results in stratifying outcome in an independent and previously reported patient series that observed a significant separation of survival curves [14].

Data were processed SPSS for Windows version 24 (IBM Corp., Armonk, NY, USA). Since the data were normally distributed (parametric), the Pearson correlation test was applied at a 5% significance level. The qualitative variables were analyzed using the chi-square test.

Receiver operating characteristic (ROC) curve analysis was then used to identify the predictive value for SC percentage in the estimation of ZAP-70 positivity among CLL patients. Finally, the Kaplan Meier overall survival analysis was computed in relation to SC percentage.

Ethically, this study was approved by the ethical committee of the Medical Research Institute of Alexandria University and written informed consent was obtained from each participant prior to inclusion.

Clinical examination of the patients revealed a higher proportion of lymphadenopathy (98.4%) followed by splenomegaly (58.7%) and hepatomegaly (15.9%) (Table 1).

The ROC curve plotted to evaluate the value of SC percentage for prediction of positive ZAP-70 expression revealed a highly significant area under the curve of 0.936 (=0.0001) with a cutoff value of 8.5% and sensitivity 0.966 (Fig. 2).

Being common artifacts, SCs may result from any white cell in the PBF. It is attributed to traumatic disruption of the cells during blood film preparation which depends on the physical interaction during blood film smear that occurs between the cells and the glass of the slide [1516].

Upon rupturing the cell wall, the remaining nuclear remnants of lymphocytes are structureless chromatin material [17]. Since these cells were intact cells, both within the circulation and in the blood sample, they are counted as whole cells in the automated leukocyte count [19]. This is why the studied patients showed higher absolute lymphocytic counts.

In the study conducted by Nowakowski et al. [20], the authors observed that the formation of SCs is related to the content of a cytoskeletal protein called vimentin. Vimentin is present in leukemic cells; it is a filament protein critical for lymphocytic rigidity and integrity. Nowakowski et al. [20] discovered that an increase in vimentin content resulted in a decrease in SC percentage. This lower SC percentage was associated with a shortened time to initial therapy in early-stage CLL.

The present study found that higher percentage of SCs (>30%) was statistically significantly associated with parameters of better prognosis in CLL patients. These parameters included negative ZAP-70 expression and early clinical stage disease as estimated by the Rai and Binet staging systems, as well as the CLL prognostic index which showed lower or intermediate risk to be associated with a higher percentage of SCs >30%.

Sall et al. [21] reported findings similar to those of the present study in 2015; they identified that a low percentage of SCs (<30%) was associated with high lymphocyte count and advanced Binet stage. Previous studies reported that patients with >30% of SCs in the PBF were more likely to have a mutated pattern and, therefore, a longer time to treatment and better survival [1422]. The median overall survival depends on the stage at diagnosis, which was 10–12 years for early stages (Rai 0-I, Binet A), 7 years for stage (Rai II, Binet B) and 1.5–4 years for advanced stages (Rai III–IV, Binet C) [23].

Survival analysis in the present study was limited to 36 months; this is a short median follow-up time for CLL disease. In spite of the short duration of follow-up, it was found that the lower percentage of SCs was associated with lower overall survival over this 36-month follow-up period. This finding was statistically insignificant (>0.05), which was contradictory to that reported in 2009 by Nowakowski et al. [24] that the percentage of SCs on blood smear was an independent predictor of overall survival among patients with CLL.

In the study conducted by Gogia et al. [22] in 2014, the authors reported that patients with <30% SCs had a shorter median progression-free period of 30 months compared with patients who had more than 30% SCs (45 mo, =0.01). They concluded that this simple and inexpensive detection of SCs on routine blood smears seems useful in predicting progression-free and overall survival in CLL patients and might be beneficial in countries with limited resources. This finding is in accordance with that reported in the present study, with better overall survival associated with higher percentage of SCs in PBF at presentation of patients.

The important limitation in this study is the duration of follow-up for the studied CLL patients, which was 36 months and considered shorter than that of previous studies.

This study concluded that the percentage of SCs at presentation in newly diagnosed CLL patients could be used as a surrogate marker for ZAP-70 expression and an additional prognostic marker for disease progression and recommends its estimation in low resource areas where flow cytometry is not available. However, SC counting is a manual process; in order to standardize this process, it should be performed by two pathologists with a total of 200 cell counts per slide.

Negative correlation between the percentage of smudge cells and ZAP-70 expression in CLL patients.

ROC curve for detection of SCs as a sensitive predictor for positive ZAP-70 expression.

Tables
Table 1 Demographic, clinical and laboratory parameters of the studied patients with CLL. 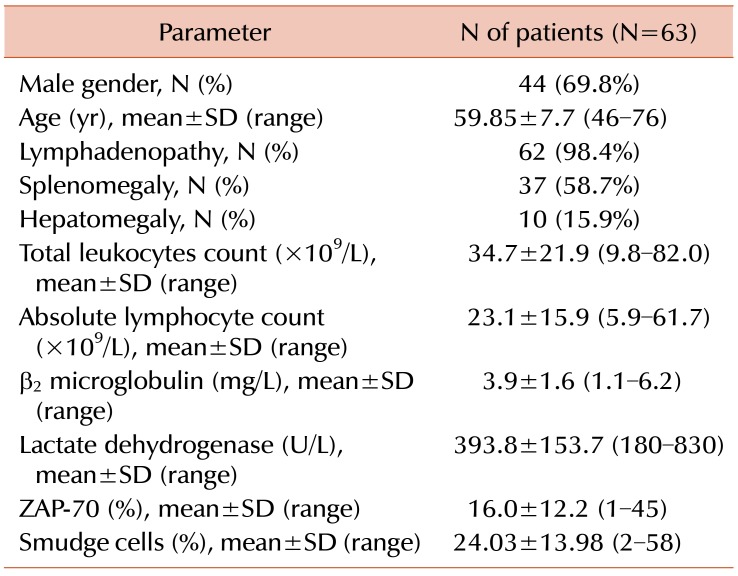 Table 2 Smudge cell percentage in CLL patients according to some CLL parameters.