While venous thromboembolism (VTE) is uncommon, its incidence is increasing in children. We aimed to evaluate the incidence, risk factors, treatment, and outcome of pediatric VTE cases at a single tertiary hospital in Korea.

We retrospectively analyzed the records of consecutive pediatric VTE patients admitted to the Seoul National University Bundang Hospital between April 2003 and March 2016.

Among 70,462 hospitalizations, 25 pediatric VTE cases were identified (3.27 cases per 10,000 admissions). Fifteen patients (60%) were male, 8 were neonates (32%), and the median age at diagnosis was 10.9 years (range, 0 days‒17 yr). Doppler ultrasonography was the most frequently used imaging modality. Thrombosis occurred in the intracerebral (20%), upper venous (64%), lower venous (12%), and combined upper and lower venous systems (4%). Twenty patients (80%) had underlying clinical conditions including venous catheterization (24%), malignancy (20%), and systemic diseases (12%). Protein C, protein S, and antithrombin deficiencies occurred in 2 of 13, 4 of 13, and 1 of 14 patients tested, respectively. Six patients were treated with heparin followed by warfarin, while 4 were treated with heparin or warfarin. Thrombectomy and inferior vena cava filter and/or thrombolysis were performed in 5 patients. Two patients died of pulmonary embolism, and 2 developed a post-thrombotic syndrome.

Compared with the reports from Western countries, VTE occurrence was lower in the Korean pediatric population under study, although similar clinical characteristics including bimodal age distribution, underlying diseases, treatment pattern, and outcomes were observed.

Venous thromboembolism (VTE), a disease that includes both deep vein thrombosis and pulmonary embolism, is a rare condition in children. Nevertheless, its incidence has reportedly increased recently [12]. The ability to correctly detect and diagnose thrombotic events in pediatric patients has been improving as a result of continuous advances in the treatment and supportive care of critically ill children, as well as the increased knowledge and awareness of thrombotic complications and genetic risk factors for thrombosis [234].

Most reports on the incidence of VTE are primarily from Western populations; however, there are significant differences between the Asian and Western countries with respect to the genetic background and demographic features. Therefore, considering the clinical significance of pediatric VTE, a population-specific epidemiologic study is imperative in order to assess the incidence, risk factors, treatment, and outcome of VTE in Korean children. With this aim, we conducted a retrospective review of the records of all VTE pediatric patients admitted to a single tertiary hospital in Korea over a period of 13 years.

The incidence of VTE is significantly lower in children compared with adults, suggesting the presence of protective mechanisms [11]. In children, the coagulation system develops with age, as evidenced by significant age-related differences in the concentration of most clotting factors, a concept known as 'developmental hemostasis' [11].

In comparison with the older children, neonates are at an increased risk of bleeding and thrombotic complications owing to the altered levels of procoagulants; anticoagulants; and fibrinolytic factors, with these risk factors being especially relevant in the presence of other hemostatic challenges such as an indwelling catheter [1116]. Asphyxia, maternal diabetes, polycythemia, sepsis, poor cardiac output, and dehydration are additional VTE risk factors for the neonates [16]. Furthermore in preterm infants, the levels of vitamin K-dependent clotting factors are lower than those in the infants born at term; preterm infants also have lower levels of coagulation inhibitors, including antithrombin and protein C [17]. The preterm infants are also particularly at risk in response to the perinatal risk factors and iatrogenic events [16]. In the present study, all 8 neonates had VTE associated clinical risk factors including venous catheter (N=4), prematurity (N=1), a mother with gestational diabetes mellitus (N=2), and venous anomaly (N=1).

In the United States, approximately 25% to 50% of the adult patients with first-time VTE have an idiopathic condition with no immediately obvious risk factors [18]. Unlike adults, however, approximately 80% of the VTE episodes in children and adolescents are reportedly associated with an underlying chronic condition [1920]. Pediatric VTE is a multifactorial disease, and the clinical factors appear to have a greater influence on the risk for VTE than an inherited thrombophilia, especially in catheter-related VTE [410]. In pediatric patients, the presence of a venous catheter is the most significant risk factor for VTE, accounting for approximately 90% of all neonatal, and 60% of all childhood VTE cases [510]. This is most likely a result of an increased risk of thrombosis owing to the damaged endothelial lining and disrupted blood flow from the central venous catheters. The most common medical conditions associated with thrombosis are cancer, congenital heart disease, and prematurity. In our study population, 20 of the 25 patients (80%) had underlying clinical conditions, with venous catheterization and malignancy being the most frequent.

Although a strong association between inherited prothrombotic disorders and VTE has been shown in adults, the impact of these disorders on the development of VTE in children remains controversial [221]. In the pediatric VTE patients from Western countries, the incidence of inherited prothrombotic disorders ranges from 10% to 59% [2223]. The relationship between VTE and certain inherited defects is well understood, such as the factor V Leiden mutation, the prothrombin gene mutation, and the protein C, protein S, and antithrombin deficiencies [2223]. Certain genetic mutations, particularly the factor V Leiden and factor II G20210A, are highly prevalent in the Caucasian population but are virtually absent in the Asian population [242526].

Thrombophilia testing is rarely considered in the acute management of thrombotic events in pediatric patients [2]. However, the identification of inherited thrombophilia may influence the treatment duration, particularly in patients with combined defects, and may aid in optimal patient counseling for risk factors associated with a VTE-recurrence [22]. It is difficult to apply the results of coagulation studies conducted in adults to the evaluation of pediatric patients as there are significant differences in the stages of hemostatic system development, as well as in the normal ranges of relevant biochemical markers and the laboratory assays employed to assess the anticoagulant levels [11]. Therefore, it is essential to refer to the age-specific normal ranges when interpreting the results of pediatric coagulation studies. In our study, thrombophilia tests were not performed uniformly; only 13 patients were tested for protein C and protein S deficiencies, with positive results observed in 2 and 4 patients, respectively. Of these, 1 patient with protein C deficiency had a positive family history. Similarly, only 14 patients were tested for antithrombin deficiency, with a positive test result in 1 patient.

An ultrasound with a Doppler flow is the most commonly employed imaging study for the diagnosis of upper, or more frequently lower, extremity VTE [12]. Other noninvasive diagnostic imaging options including CT and MR venography are particularly helpful in evaluating proximal thrombosis [12]. For the diagnosis of cerebral venous sinus thrombosis, the most sensitive imaging modality is a brain MRI with venography or a diffusion-weighted imaging [12]. In this study, Doppler ultrasonography was the most frequently used diagnostic imaging modality, followed by CT, and MRI. Pulmonary emboli were diagnosed using chest CT, V/Q scan, and echocardiography. Intracranial VTE, including cerebral venous sinus thrombosis and central retinal vein thrombosis, were diagnosed using an MRI with venography.

Treatment recommendations for pediatric VTE cases are based on the data from studies conducted in the adult population [27]. However, there is a need for separate recommendations for pediatric patients as there are age-based differences in the disease etiology and the available treatment options [28]. The patients in our study population were managed using anticoagulation and surgical treatments, and unfractionated heparin or LMWH with vitamin K antagonist were the most frequently used treatments. Thrombectomy or thrombolysis was indicated only in life- or limb-threatening cases. Catheter removal was performed in four patients without anticoagulation.

PTS, characterized by venous insufficiency, is a chronic complication of VTE; the symptoms of PTS range from mild edema to chronic pain, swelling, discoloration, and ulceration of the affected limb [29]. In children, the risk of PTS following VTE is estimated at 10%–70% [30]. The likelihood of PTS is higher in the first 2 years of VTE, and it continues to increase over time [29]. In our study, 2 out of 5 patients (20%) with persistent VTE in the form of stasis ulcer and varicose vein developed PTS after 2 and 9 years of the initial VTE diagnosis, respectively. Further, 2 patients died as a result of massive pulmonary emboli.

The present study has several limitations. First, being a retrospective study, data collection, and subsequent analyses may be incomplete. Second, this study was conducted at a single center, and therefore the true incidence of pediatric VTE may be under- or over-estimated due to a selection bias. Finally, since VTE is a rare condition, our study population was small, and therefore the frequency of congenital thrombophilic disorders could not be estimated.

In conclusion, we observed that pediatric VTE occurred at a lower frequency in the studied Korean population than has been previously reported for Western countries. However, the clinical characteristics of VTE patients including the bimodal age distribution, underlying diseases, treatment pattern, and outcomes were comparable to those reported from the Western countries. A nationwide, multicentric study will be needed to accurately estimate the true incidence and outcome of pediatric VTE in Korea. 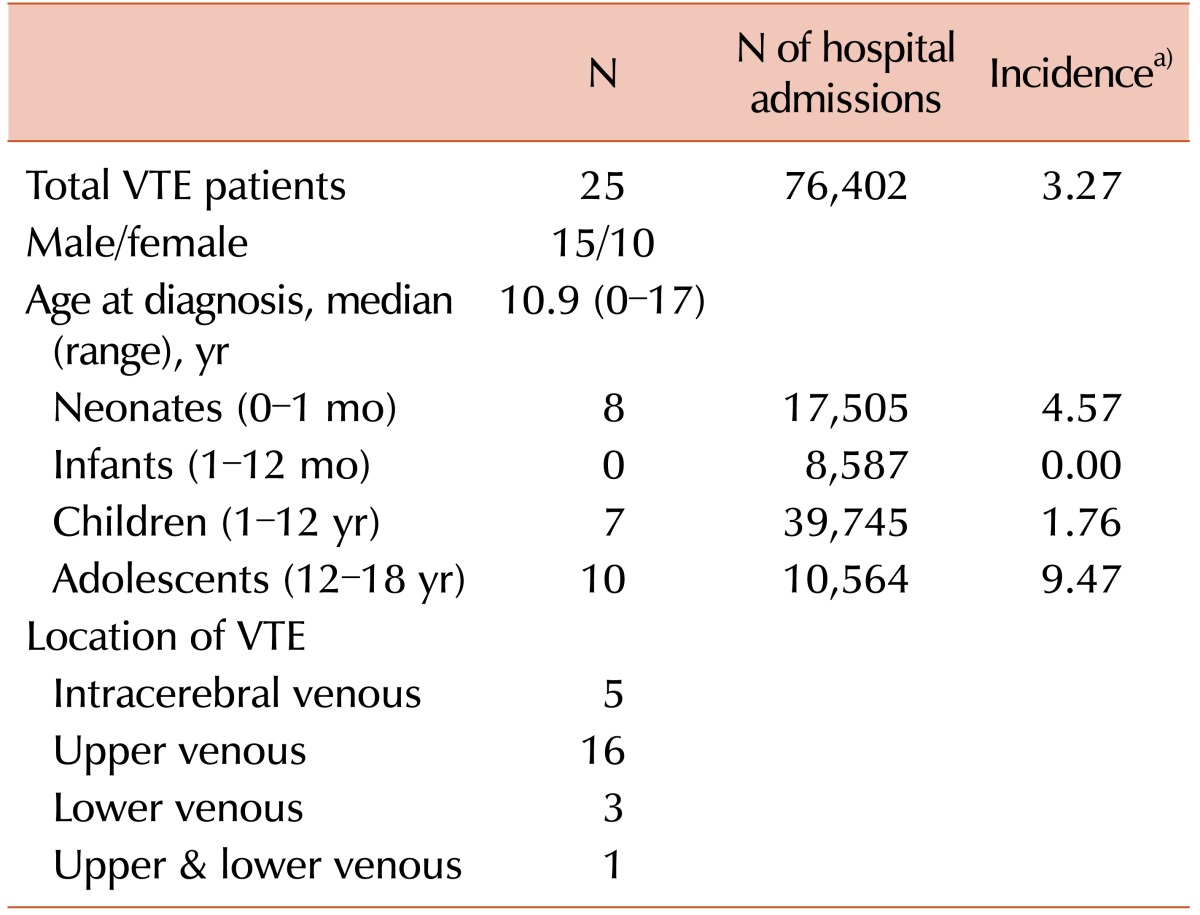 Table 2 Investigations performed to confirm the diagnosis of venous thromboembolism in pediatric patients, stratified by age.